Relax! We can’t concentrate on PowerPoint notes for hours on end. Take a break with any of these under-the radar Netflix Original Series.

A cheesy Telenovela-inspired American romcom about a woman that is accidentally artificially inseminated? Really? Oh yes. Gina Rodriguez is the breakout comedy actress of the decade in this absorbing, twisty, romantic and hilarious series that has some of the best writing around. The plot is purposely nonsensical but the themes are relatable and heartfelt. A must watch – you’ll binge all 75 episodes in a week.

Perfect for: a bad case of dissertation writer’s block.

The seminal makeover show Queer Eye for the Straight Guy has been rebooted and its stacked with humour and pathos. Each of the eight episodes finds a new angle on the format of five lifestyle experts helping a man to get his love for life back. The show is entertaining and escapism perfect for some quick relaxation. The experts have great camaraderie and they’ll soon feel like good company through the stress of studying.

Perfect for: desperately trying to look presentable after an all-nighter. 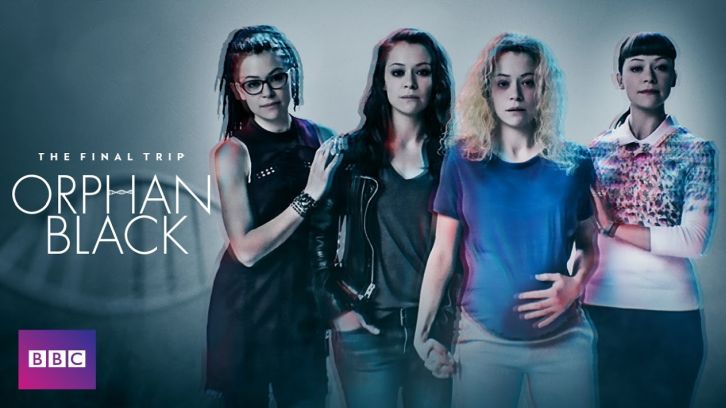 The BBC/Netflix sci-fi series may now be over but it follows a perfect arc of smart, twisty plotting. Tatiana Maslany plays a seemingly never-ending stream of clones created to control the development of evolution. You’ll never know where it’s going next and much of the fun comes from Maslany’s incredible transformations that earned her an Emmy for the role.

Perfect for: pretending to study biology or moral philosophy.

G.L.O.W.: Gorgeous Ladies of Wrestling is best described as a spiritual sister to creator Jenji Kohan’s megahit Orange is the New Black because the plot description itself might send you running for the hills. Sure, it’s about high camp, 1980s glamour wrestling but it’s also a hilarious attack on the patriarchy that anyone can enjoy. Alison Brie’s funny, bizarre central performance makes this one sure to be a cult classic.

Perfect for: avoiding the post-study workout you promised you’d do.

This is Netflix’s signature feel-bad family crime drama with a subversive main performance by Jason Bateman. Drugs, murder, rednecks, organised crime and more combine with a consistently bleak tone makes this far from an easy watch. But there is nothing more satisfying than rooting for a richly-drawn anti-hero such as Bateman’s character Marty Byrde. This might not be an easy one to binge but you’ll be sure to watch it all the way to the end.

Perfect for: reminding yourself that your life could be much worse.

iThere are no comments

This site uses Akismet to reduce spam. Learn how your comment data is processed.

Begin typing your search above and press return to search. Press Esc to cancel.

We use cookies on our website to give you the most relevant experience by remembering your preferences and repeat visits. By clicking “Accept All”, you consent to the use of ALL the cookies. However, you may visit "Cookie Settings" to provide a controlled consent.
Cookie SettingsAccept All
Manage consent

This website uses cookies to improve your experience while you navigate through the website. Out of these, the cookies that are categorized as necessary are stored on your browser as they are essential for the working of basic functionalities of the website. We also use third-party cookies that help us analyze and understand how you use this website. These cookies will be stored in your browser only with your consent. You also have the option to opt-out of these cookies. But opting out of some of these cookies may affect your browsing experience.
Necessary Always Enabled
Necessary cookies are absolutely essential for the website to function properly. These cookies ensure basic functionalities and security features of the website, anonymously.
Functional
Functional cookies help to perform certain functionalities like sharing the content of the website on social media platforms, collect feedbacks, and other third-party features.
Performance
Performance cookies are used to understand and analyze the key performance indexes of the website which helps in delivering a better user experience for the visitors.
Analytics
Analytical cookies are used to understand how visitors interact with the website. These cookies help provide information on metrics the number of visitors, bounce rate, traffic source, etc.
Advertisement
Advertisement cookies are used to provide visitors with relevant ads and marketing campaigns. These cookies track visitors across websites and collect information to provide customized ads.
Others
Other uncategorized cookies are those that are being analyzed and have not been classified into a category as yet.
SAVE & ACCEPT
Loading Comments...
%d bloggers like this: